In 2010 we bought a used 890 speedway engine with the idea to make a spare engine to fit in case of troubles. We went on to reproduce the external oil pump and worked the engine cases to fit it together with oil seals (old speedway engines work on a total loss oil system, what goes in to lubricate the moving parts comes out from a hole on the bottom of the cases!). We ported and flowed the head for its new commitment, new JB piston, new carrillo rod and a special electronic ignition squeezed into the old magneto cases. Cams were reprofiled as well.

Last year we made a new carbon fibre gas tank to replace the old and tired original alloy tank that kept pouring out gas from the cracks on welding lines. It deserved some rest. Front forks are original Ceriani GP, magnesium hubs laced on Borrani wheels.

Since 2007 we have built four Jawa engined replica GP racing bikes. Three of them with Seeley Mk2 and Mk3 frames and one with a beautiful Metisse frame. On its debut in 2010 the Metisse Jawa won the 50th anniversary GP of La Bañeza, the most prestigious and battled classic road race on spanish soil. 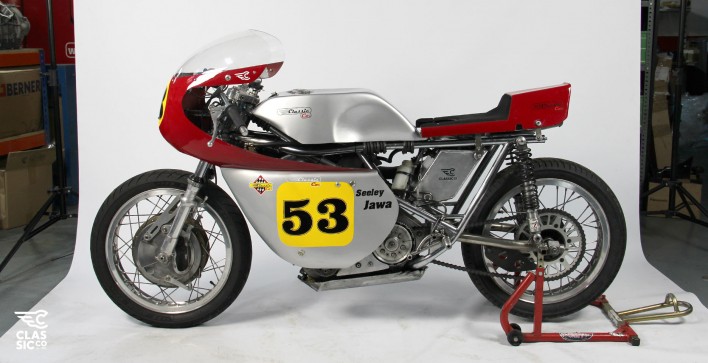 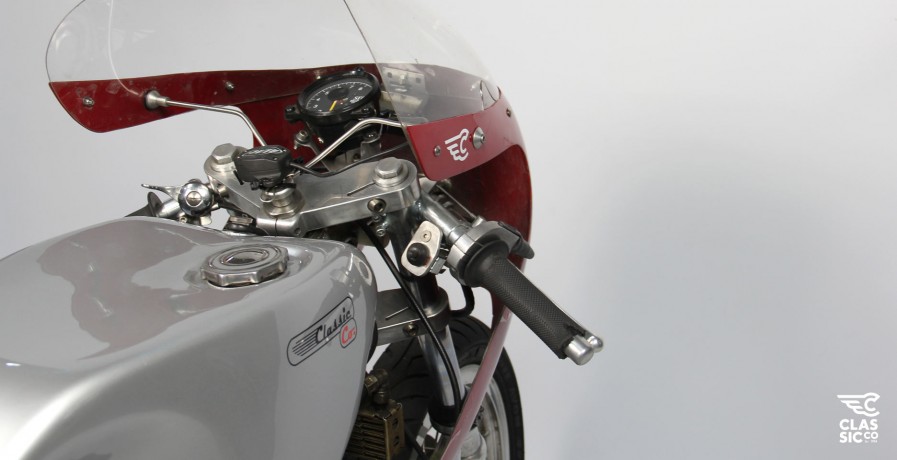 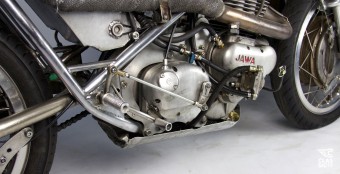 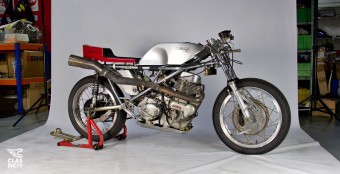 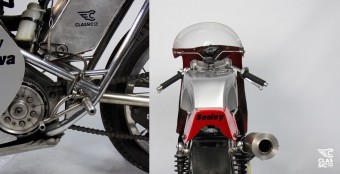