In 2002 at Intermot Moto Guzzi unveiled a new prototype motorcycle based on the 4 valve Daytona engine. It was a stunning red thoroughbred racer and it raised a huge expectation for promising future models that could be developed from it.

At that time we were working very closely with Moto Guzzi R&D department. A few months later we were collecting the very first two stock MGS-01 at the historic factory next to lake Como. The agreement was for us to evolve one of them for track racing and the final goal was to prepare the motorcycle for its debut on the 2004 World Endurance Championship. Our experience in developing endurance bikes and racing them played an important part in this operation, as well as the fact that at the time the historic italian factory (and its owner, Aprilia) was undergoing very serious financial problems.

We started testing with one of the stock bikes at different racetracks to find out what we needed to do in the following months. The engine offered a huge amount of torque (over 14 kgs @4500 rpm) that combined with the absence of any kind of traction control, cardan shaft, car type clutch and tractor-like engine braking made the bike very difficult to ride fast and trouble free.

The bike had to lose some weight, so we used carbon fibre for the seat, tank (with quickfill cap) and fairing. Lights were added for night racing and a few modifications on front forks and rear drive were developed for quick tyre changings. Work on the engine was restricted to a pair of camshafts to smoothen off the power range and gain some extra revs, and a special clutch. We soon found out that the gearbox of the first bike was struggling to manage the torque of the racing engine, giving us some headaches and a real challenge.

So we redesigned the gears to get a better and closer ratio, at the same time we changed all the plastic caged SKF bearings to special silver and bronze caged ones.

After testing at a few spanish tracks the bike was ready for its debut in the 2004 WEC season. Unfortunately some very serious troubles at the factory kept postponing the debut, until we received rumors of a possible bankruptcy and the imminent sale of the whole Aprilia group (and Moto Guzzi with it).

With the help of some very good friends we decided to carry on with the project and find the necessary means to finance one race, the spanish round of the World Endurance Championship.

On June 5th, 2004, Moto Guzzi officially returned to a World championship race after 30 years of absence ridden by Gian Maria Liverani and Carmelo Berlanga with the Classic Co. Endurance Team.

We were not the fastest on the track but we definately were the proudest and most applauded team of the paddock. 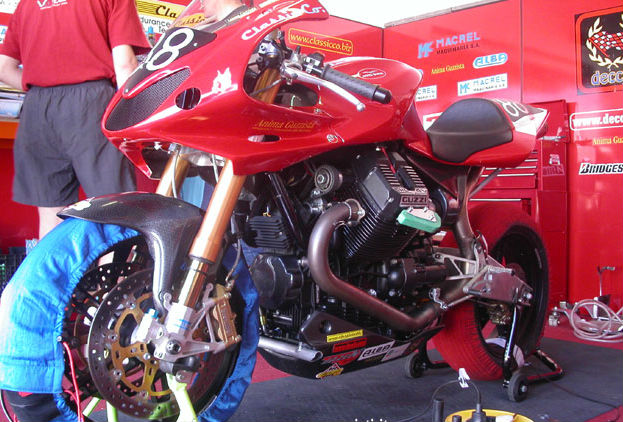 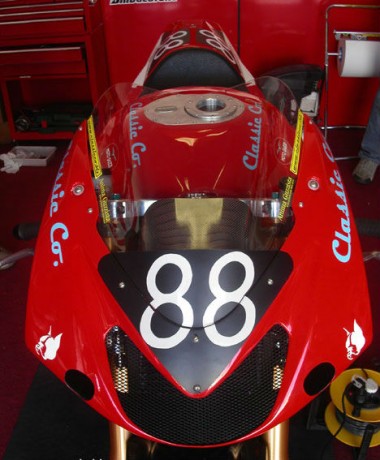 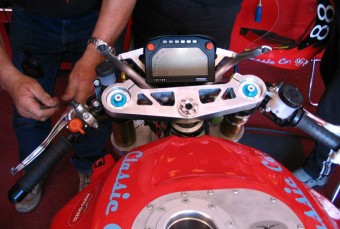 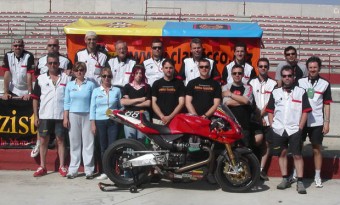 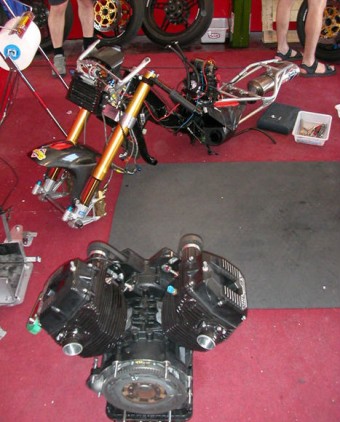 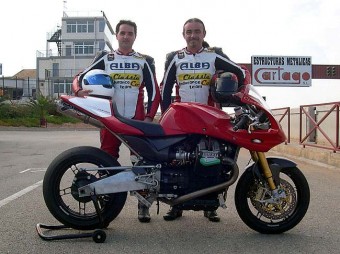 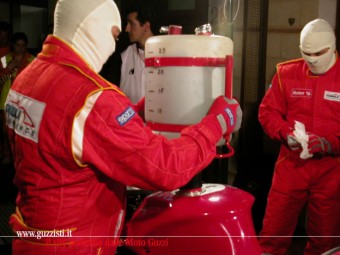 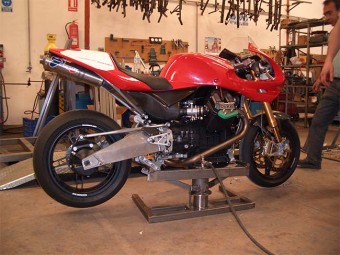 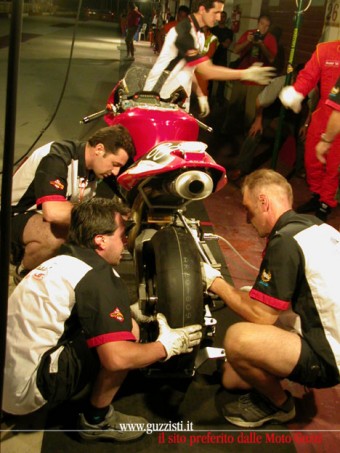