Back in 1987 I was doing a bit of discovering the world and its pleasures.

I spent some time travelling in the USA and that summer I borrowed an old Ford Escort to go south following the 65. I remember it was somewhere between Lafayette and Nashville where I spotted this Moto Guzzi V7 parked the verge of the road.

The bike was pouring oil out of the engine front cover, it had cushion strapped to the frame as a seat, no fenders, no lights but it was working. The guy next to it claiming to be the rightful owner mentioned that it was an ex Alabama Police bike and he was willing to sell it for scrap.  I had 75 dollars on me and that is what I offered him. An hour later half of the bike was sticking out of the old Escort trunk…

Back in the UK I restored it to its original conditions, had a new registration and discovered that it was the n. 42 bike out of the first 50 that were sent to the States for police evaluation.

A few years later I made a few modifications on tank, seat and footrests. In 2004 the family grew and decided to fit the Watsonian sidecar I found a few years before. Designed and fabricated all the missing brackets and supports together with the Earles type front forks. 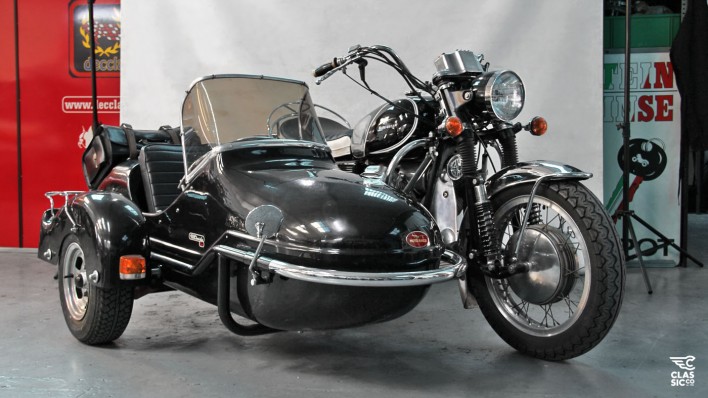 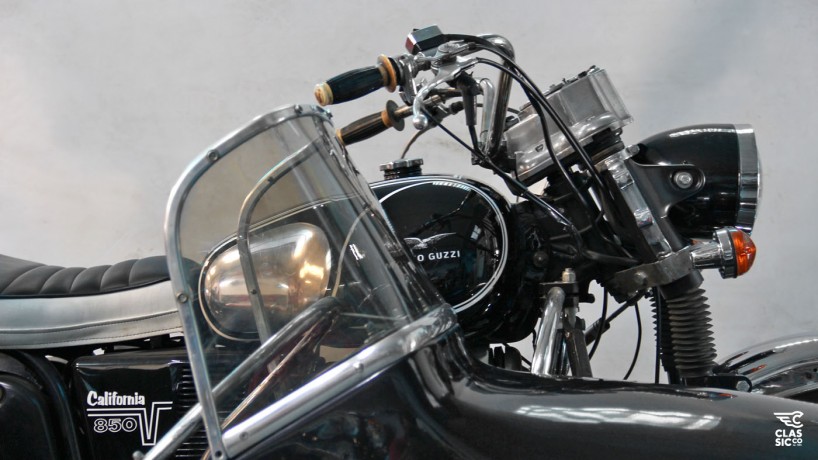 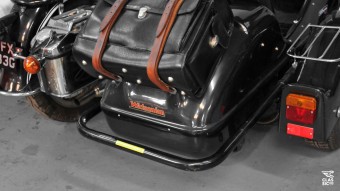 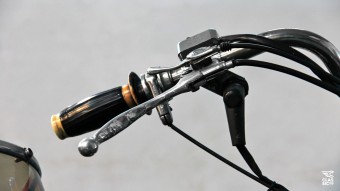 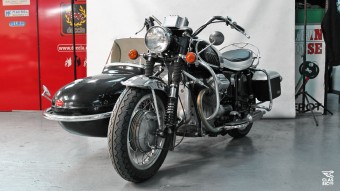